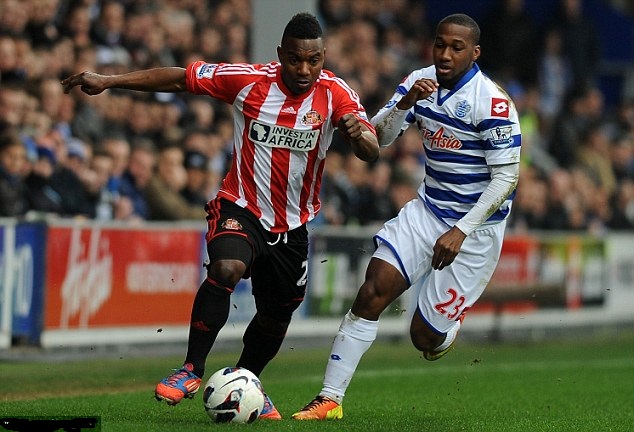 After only winning two of there first twenty seven games, Queens Park Rangers have now won two games in a row securing vital victory in their battle against relegation with a 3-1 home victory over Sunderland.

It was the home side and Hoilett in particular who started most dynamically, the 22-year-old was in fine form . At four minutes  the former Blackburn star  worked his way into the box  unleasing his shot just wide . Hoilett then struck another effort across goal as Sunderland struggled to contain him. He almost turned provider just moments later too, but his ball into the six-yard box was tantalisingly just too strong for Bobby Zamora to make a connection with.

Yet it was Sunderland who made the early breakthrough at the twenty minute mark against the run of play on counter attack. Stephane Sessegnon  crossed to the unmarked Adam Johnson, who fired the ball into the six-yard box where Fletcher had arrived to side-foot home from close range. QPR level on the half-hour as Townsend’s shot deflected off John O’Shea and into the path of Remy, who made no mistake in beating Simon Mignolet. Townsend 25 yard strike after a fail clearance with twenty minites remaining the in game broke the deadlock. The result was settle  in the final minute when another Sunderland clearance fell to Jenas – who smashed it into the bottom corner to seal the win.

QPR is now looking forward to their vital game against Aston Villa who’s four points and three place above them on the weekend.