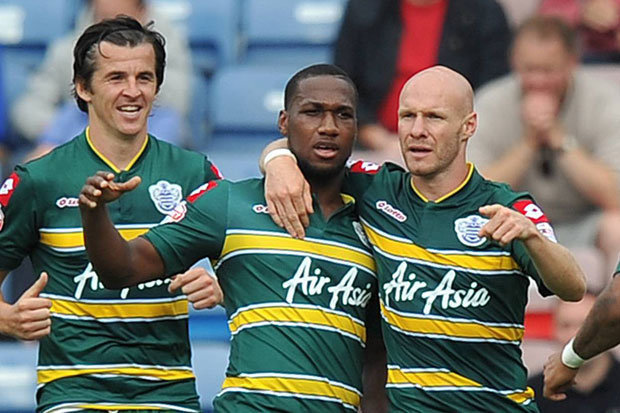 Junior Hoilett  continue his fine start to the season with a first-half equaliser as  Championship title favourites QPR had to come from behind at  Huddersfield.
Huddersfield Town would go ahead in the 35th minute, against  the run of play.

That lead lasted only three minutes, though,  as Rangers hit back through Hoilett.

Yun Suk-Young crossed from the left but  Norwood failed to clear leaving Hoilett free to fire home at the back  post.

After the break Rangers applied the pressure  with former Blackburn star Hoilett proving the biggest threat.

Hoilett forced Town keeper Alex Smithies into  a full-length diving save with a 20-yard shot which curled across  goal.

.Rangers almost took the lead in the 57th minute  when Hoilett allowed Johnson to cross for Austin – his head now bandaged after a  collision – to nod against the crossbar