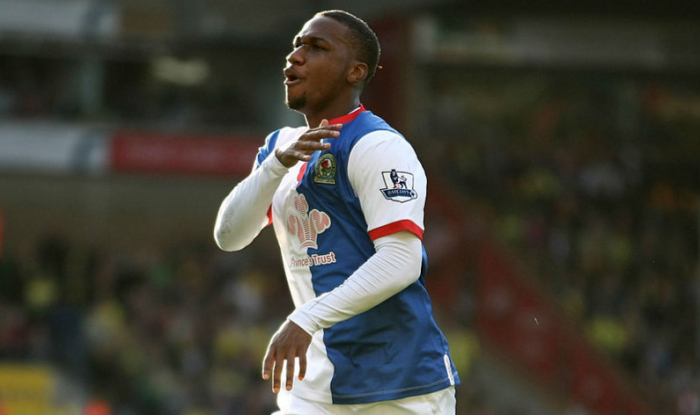 Here are the top 10 players to have produced the most successful dribble attempts in the 2011/12 season to date:

Gareth Bale has completed 82% of his open play passes in his 28 starts this season, an improvement of 8% on last season.  In fact, Bale has improved his figures in the Goals Scored, Assists and Crossing Accuracy this season as last season’s award still remains a mystery.  Or was it because of his solo effort against Internazionale in the Champions League that swung the voters his way for the Premier League award?

Despite suffering from a couple of injuries this season, the Portuguese winger has succeeded in 49 dribble attempts in 22 starts for Manchester United in the Premier League this season.  The former Sporting player was instrumental in Manchester United’s 3-1 victory over Chelsea, handing Andre Villas-Boas his first defeat as Chelsea manager.  Nani scored the second goal of the game with a rising drive from outside the area before winning a penalty in the second half (which Wayne Rooney failed to convert).

Nani has contributed with 6 goals so far this season and eight assists in open play.  Both of these are down on last season when he was a strong contender for PFA Player of the Year.  Nani’s 1,876 minutes in the Premier League this season are more than any other Manchester United midfielder during an injury hit season for the team.

One of Kenny Dalglish’s better signings during his second spell at Liverpool, Jose Enrique is the only defender who makes the list.  The Liverpool full back who often overlaps Stewart Downing on the left flank has successfully beaten 50 opponents with the ball at his feet during the 29 Premier League games he has played.

Jose Enrique has played the full 90 minutes in each of the league games he has started this season, only missing Liverpool’s 0-0 draw at Tottenham Hotspur in February.  The former Newcastle left back has picked up just two yellow cards this season, with one of his strengths pinning wingers to the touchline.  Enrique’s attacking abilities has seen him attempt 115 crosses leading to 2 assists in the Premier League to date.

The Sunderland forward has been one of the better attacking players in the Premier League this season.  Stephane Sessegnon is amongst the top 10 in successful dribbling attempts (51), open play chances created (46) and open play goal assists (7).

Stephane Sessegnon is currently Sunderland’s top Premier League goalscorer with 7 goals, making his return to score against Queens Park Rangers on Saturday following a three-match ban for a straight red card in the Tyne-Wear derby.  The Benin international has improved his Pass Completion Rate, Crossing Accuracy and Minutes per Created Chance in comparison to the 13 starts he made last season.

Despite sitting out 5 Premier League games through suspension, Luis Suarez makes the top 10 having successfully dribbled past players on 52 occasions during his 25 game season.  The controversial Uruguayan is Liverpool’s top scorer with seven Premier League goals to date.

No other player has committed more handballs than the six Luis Suarez has been penalised for to date.  Another category Suarez leads is free kicks won per game.  Some opposition fans won’t be too surprised to hear that stat.

The Swansea City left forward has contributed to the Premier League debutants with 7 goals, all at the Liberty Stadium and five from the penalty spot.  The former Chelsea youth scored 19 goals during the Swans’ promotion campaign last season and has adapted well along with the Welsh side in the Premier League.

Scott Sinclair scored one goal in his 18 Premier League appearances on loan at Wigan Athletic in 2009/10 and has greatly improved his goal rate with Swansea, scoring his 7 goals in 30 games.  Sinclair has not scored since a 1-1 draw at home to Chelsea at the end of January.

Praised for their exciting passing game, Swansea City also have two of the top five dribblers in the Premier League.  Along with team mate Scott Sinclair, Nathan Dyer has taken the ball past opponents on 54 occasions through 30 games this season.  Dyer caught national attention during a 3-2 victory over Arsenal in January where he scored the home side’s second goal after winning a penalty for the first in a game he dribbled past three Gunners.

Nathan Dyer has created more chances (25) than team mate Sinclair (22), but only has one assist compared to his team mates three.  The former Southampton youngster has succeeded with 56% of his dribble attempts, whilst Sinclair’s success rate is 48%.

The lively Fulham forward has caught the attention of a number of football fans and pundits alike for his dribbling and technical ability.  Moussa Dembele scored his only 2011/12 Premier League goal to date in a 2-0 victory at Wigan at the end of October.  In that game, the Belgian international successfully dribbled past four opponents but failed to create a single opportunity for a team mates.

The former AZ player has scored four Premier League goals in 55 appearances, creating 74 chances for team mates, resulting in five assists during that time.  Manager Martin Jol may want Dembele to increase his productivity levels at Craven Cottage, but the Fulham number 30 has certainly shown his ability to entertain in the English league.

Following the sale of Charles N’Zogbia to Aston Villa in the summer, Wigan Athletic fans and manager Roberto Martinez were looking at Victor Moses to fill in his place.  The former Crystal Palace player has certainly had his opportunities on the left wing, but has yet to fill into the French man’s boots.  Chairman Dave Whelan criticised his manager for leaving Moses on the bench for a home game with Swansea City recently, but the three Premier League goals scored by the Nigerian so far this seaso have made him anything but prolific.

Victor Moses’ 72 successful dribble attempts are down on the 109 Charles N’Zogbia produced in a Wigan shirt last season, and the new left-sided player is also down on the former’s goal assists; five to one.  N’Zogbia’s nine goals last season were a big factor in Wigan avoiding relegation last season, can Victor Moses become the 2011/12 hero in the final eight games?

The Blackburn Rovers left winger currently leads the Premier League with 75 successful dribble attempts through 30 games.  Playing in a struggling Rovers side who have faced a lot of media criticism throughout the season, Hoilett’s pace down the wings have been a big part of Blackburn’s season.  The Canadian-born player has scored half of his six Premier League goals this season in his last three matches.

Junior Hoilett’s five goal assists this season puts him third on this list in that category, but the inconsistent Rover is set to go head-to-head with Wigan’s Victor Moses to decide who leads this category after the final day of the season.  Hoilett’s contract is set to expire in the summer, so his performances in Blackburn’s final eight games may have some say in where he’s playing his football next season.