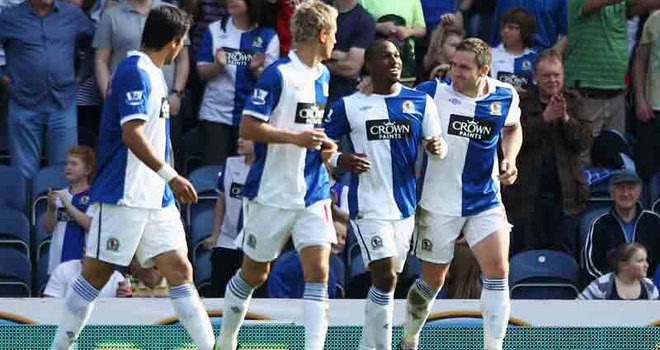 The 20-year-old went on a solo run after dispossessing Ridgewell, who had hesitated on the ball, before rounding Ben Foster and converting deep into injury time in the first half.

That goal brought the clash at Ewood Park level after Cameron Jerome broke free of a resilient Rovers defence to clip a ball towards an unmarked Bowyer who was just yards away from the goal-line and could not miss.

Rovers will feel aggrieved about that 32nd minute strike by the visitors after the hosts felt Jermaine Jones was fouled by Craig Gardner in the build-up.

However, despite an entertaining game in Lancashire neither side could break the two solid defences again with both Paul Robinson and Foster in fine form between the sticks. Seb Larsson saw his first-half free-kick come back off the post and another well saved by Robinson.

With 14th-placed Blackburn facing a Birmingham City side which was just one place below them and desperately needing to change their appalling away form, everything was set-up for a mouth-watering encounter in Lancashire.

And both sides started brightly with Morten Gamst Pedersen featuring for the hosts after overcoming illness and David Dunn facing several of his old team-mates for Rovers.

Steve Kean left Brett Emerton on the bench and were without the suspended Steven Nzonzi as Alex McLeish named an unchanged team which was still missing star strikers Nikola Zigic and Obafemi Martins after they failed late fitness tests.

Rovers carved out a fine chance in the opening seconds when Hoilett found an advancing Jermaine Jones just outside of the box, however the German-born midfielder lost his footing and the chance went begging.