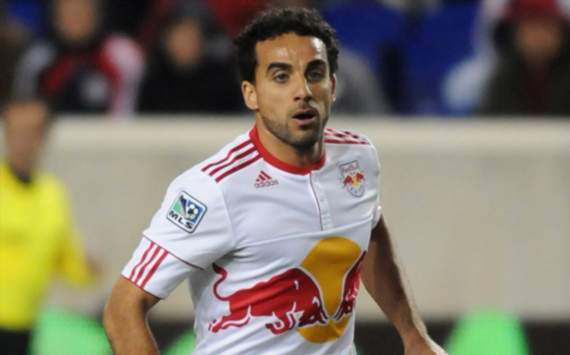 The Canadian, who has cemented his place in the Rovers first-team this season, has scored three goals in his last five games for the club, including a last-minute equaliser in the 2-2 draw with Blackpool.

And now the New York Red Bulls midfielder says the youngster, who is also eligible to play for Jamaica, will be able to inspire youngsters in the game if he pledges his international future to Canada.

“It’s his country, it’s where he’s from. I don’t think you need anything more than that,” De Rosario told Goal.com. “I think he would bring inspiration to the youth. They would aspire to be picked by the national team. He brings experience of playing overseas, a young guy growing through the youth development. He can be the future.”

If Hoilett were to opt to represent Canada in the Gold Cup it could be a potentially lucrative decision. Canada will be covered by major media outlets ranging from TSN to Rogers Sportsnet, while Jamaica does not have the resources to compete and the Blackburn winger would have the chance to become a marketable star.

Despite those factors, De Rosario says there are no guarantees that Hoilett will play for Canada, and admits he was surprised when Ontario-born Teal Bunbury chose to represent the USA.

“It’s not easy, we played against another guy today, whose dad played for the national team and yet he decided to play for the US,” said De Rosario. “That’s a big statement, especially considering the competitive nature of both countries. In the end, these guys do what’s best for them and their careers.”

The 32-year-old believes that in order for the country to make significant improvements, it has to revamp its organisational structure and admits that the lack of investment is hindering the country in making progress.

“We need to create an environment for the youth where they want to stay,” De Rosario said. “We’ve got to create camps and things like that. We need proper facilities, all of those things where the players come back and feel like they haven’t left much behind [as compared to their club’s facilities]. Sometimes when you go back to Canada, you feel like you’ve gone down a couple of levels. It shouldn’t be like that on the national level.”

De Rosario points to the immense progress that the United States has had over the past decade as a model that Canada should emulate.

After the investment was brought to football in the USA, the team now consistently qualify for the World Cup, and De Rosario would like to see the Canadian Soccer Federation implement the same changes.

“It’s never been a thing of talent. It’s always been a thing of the organisation stepping up and really facilitating the Men’s National Team and taking the sport seriously in our country,” said De Rosario. “That’s what we have to do, like the US has. They’ve taken the sport really serious and they’ve put a lot of money into it and you see the benefits from it. Canada needs to wake up and do the same.”

He added: “We have to continue to grow our national team and grow these guys in our country. There are a lot of other Hoiletts and Bunburys growing up in cities like Toronto, we need to tap into those kids and get them as early as possible. “