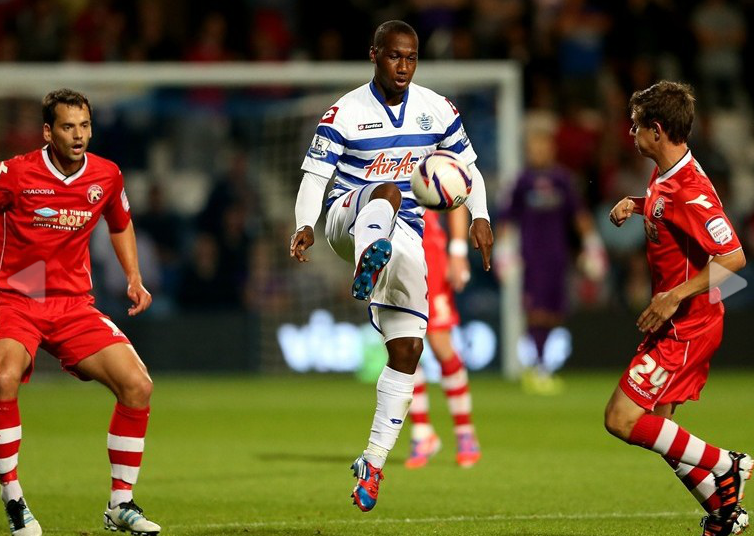 When FIFA.com selected 13 players to watch during 2012 earlier this year, David “Junior” Hoilett seemed like an obvious choice. The winger, still only 21 at that stage but with two full seasons at Blackburn Rovers behind him, was midway through a Premier League campaign which he would conclude with an impressive seven goals and six assists.

His personal achievements could not prevent collective failure, however, as the North West club finished second-from-bottom and suffered relegation to the second tier. “Of course, no player wants to be in that situation again,” he explained in an exclusive interview. “As a player, it helped me mentally to keep focused and work hard every day in training so it won’t happen again in my career.”

Blackburn could not save themselves last season but Queens Park Rangers did, securing crucial victories over Arsenal, Liverpool and Tottenham Hotspur during the run-in to avoid the drop by a single point. In an effort to ensure a similar scenario does not occur this time round, managerMark Hughes overhauled his squad with 12 new additions, Hoilett among them.

Asked to explain why Loftus Road was his chosen destination, the 22-year-old explained: “The most important thing was the manager and the support from the owners. I worked with the manager previously at Blackburn Rovers and I know what he’s capable of and what he can get out of me and help me develop as a footballer. So that was one of the key decisions.”

Hughes is a relatively new arrival himself, having taken over as manager in January 2012, but the Welshman has wasted no time in recruiting experienced Premier League players such as Jose Bosingwa, Robert Green, Park Jisung and Ryan Nelsen, as well as intriguing talents from further afield, including Esteban Granero and Stephane Mbia.

As a young player you just want to play, have fun and develop because you can never stop learning. My goals are to keep developing and learn at every opportunity possible.

“There are players from all over the world, different languages, the banter is great,” revealed Hoilett. “I’m trying to learn different languages, to pick up on people. The atmosphere is great in the dressing room – everybody is welcome and ready to work with each other. Right now, we’re progressing as a club and every year we’re going to progress and progress. I’m looking forward to this season and hopefully we’ll push on.”

Born in Canada, Hoilett joined Blackburn’s youth academy at an early age but work permit issues forced the club to loan their protégé to two different teams in Germany, with the midfielder representing Paderborn and later St. Pauli. While his experience at the Millerntor-Stadion in particular helped Hoilett to develop, the No23 always craved Premier League football.

“There are players from all over the world trying to play in the top flight of English football,” he enthused with regard to England’s elite division. “So it’s very competitive and you can see the amount of support all over the world. The fan base covers every country I go to. I think the English Premier League is the best in the world.”

Pace, dribbling ability and precision shooting are chief attributes in Hoilett’s arsenal, while his versatility to play anywhere across the forward line makes him a difficult opponent to defend against. At present, a position anywhere on the pitch is adequate for the youngster – “As long as I’m on the field, I’m happy” – but that does not mean he intends to rest on his laurels.

“I need to keep improving on my finishing and crossing, as well as my aerial ability and my defence,” the Ontario native admitted. “I need to keep improving on all that, keep my strength and improve on my strength as well. The players have been great, they helped me settle in well. The club helped me settle in off the pitch as well as on the pitch. I’m happy here at the moment – I’m loving it.”

Manager a role model
The man in the dugout has clearly played a significant part in that happiness, with the pair now working together for the second time after originally meeting while Hughes was manager at Ewood Park. “He wants the best of you every day in training and he gets that from all the players. You can see the intensity in training is high and everybody is willing to work. He gets everything out of you.

“He has done a lot in his career, he has achieved a lot of things. As a young attacking player, you want to learn from his footsteps, learn from him and hopefully achieve the same things he achieved in his career,” added the aspiring Canadian, who has 12 Premier League goals to his name to date.

Summing up his approach to success, Hoilett concluded: “I’ve kept focused and listened to the people that believe in me – my family and my friends. I just have to keep focused every day. As a young player you just want to play, have fun and develop because you can never stop learning. My goals are to keep developing and learn at every opportunity possible.”