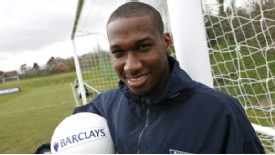 There has been little for Blackburn Rovers supporters to celebrate since Venky’s took control of the club last November. Promises of global superstars and Champions League qualification have brought sniggers from inside and outside Ewood Park, while the sacking of Sam Allardyce and subsequent pursuit of Diego Maradona and hiring of the inexperienced Steve Kean appeared ill-informed decisions at best.

If the Indian poultry giants expected Kean to set Lancashire alight with a blistering start to his managerial career, four wins in 16 games have left them with egg on their faces. Sitting in 13th place, Blackburn are exactly where they were when Allardyce left. But while Big Sam’s December 2010 vintage were five points clear of the relegation zone and nine points from the bottom of the Premier League, Kean’s cavalry are one point from the mire and three from the very foot of the table.

A January transfer window that promised the likes of David Beckham, Ronaldinho and Juan Roman Riquelme ashamedly delivered only Ruben Rochina, Jermaine Jones and Roque Santa Cruz. The return of the Paraguayan did serve to inspire some optimism among the Ewood faithful, but those who hoped that his profligate spell at Manchester City was caused by him leaving his shooting boots in Lancashire back in June 2009 have been bitterly disappointed. A return of no goals in six games has left Kean needing to hatch a new plan.

Though misfiring Santa Cruz may not feature in any future blueprint, young forward Junior Hoilett has certainly cemented his place in Kean’s plans with some precocious performances in recent weeks. The 20-year-old has flourished under the Scottish boss and his emergence has been one of the few positives to come out of the post-Allardyce era.

Four goals in nine matches have catapulted Hoilett from regular benchwarmer to Rovers’ second-top scorer and he is now the club’s latest bright young thing. But the Canadian’s ascent has been far from meteoric. Arriving in Blackburn from North America in 2003 as a fresh-faced 13-year-old, Hoilett left his friends and family to follow his dream of becoming a professional footballer. In an age where clubs boast worldwide scouting networks, the snapping-up of youngsters from across the globe is not uncommon, but a teenager must nonetheless possess a determined personality to swap continents in a bid to further a career that has not even begun.

“I came over at such a young age, at 13 years old, and it was hard because you miss home and you miss your family,” Hoilett tells ESPNsoccernet. “I had to try to adapt into the English culture and fortunately I think I adapted pretty quickly. I made close friends in the youth teams who I am still in touch with now and it was a decision I don’t regret at all. It was a great experience and I would do it again if I had to.”

A driven player with a tremendous work ethic, Hoilett set to work on making his dream become a reality. After four years with the youth team, he had earned a reputation as one of Rovers’ most promising prospects and, undaunted as he had been when he first arrived on English shores, Hoilett didn’t hesitate when offered the chance to move to Germany on loan in search of regular football. After signing for German second division side Paderborn, a 17-year-old Hoilett broke into the first-team in the second half of the season but couldn’t help the struggling side to safety.

However, his efforts for Paderborn tempted newly-promoted St Pauli to take him for the 2008-09 season, where Hoilett impressed with six goals in 21 games before a UK work-permit wrangle saw Rovers fight hard to ensure he could come back to Ewood. The two-year spell in Germany was an experience the teenager relished, though, with Hoilett insisting it represented a crucial stage in his football education.

“My time in Germany helped me as a player mentally, and it helped me in football terms too. It was good to meet new players and see how other players are abroad and experience another culture, learn another language. It’s a good opportunity for the development for any young player. I don’t think it’s something that all players can do, though, and I am lucky that I had a good family and support around me to help me through.”

An exciting pre-season prior to the 2009-10 campaign saw Hoilett included in Sam Allardyce’s senior squad and while his pace and power were mainly utilised as an impact sub, he enjoyed eight starts in his first term as a Premier League player. It was more of the same at the beginning of the current season, with Holiett only afforded three starts before the axe fell on Allardyce in December.

While the reverberations of Allardyce’s sacking were felt around the dressing room, with captain Chris Samba the most vocal dissident in the wake of his departure, it was a scenario that opened the door for Hoilett – chiefly thanks to the appointment of Kean, who held the young forward in particularly high regard while he was first-team coach.

“It was a bit of a shock [when Allardyce left] because we didn’t really expect it,” Hoilett says. “But Steve Kean stepped up and he’s got the team motivated and on the right track, he’s doing a good job. He had a good relationship with the players already and I think it was the perfect choice for the club. There was some surprise at the time but Steve has been a big support for me and I’m happy to be able to play for someone who has no problem giving young players opportunities to express themselves on the field. Before he was manager, he always helped me with my skills and development on a one-to-one basis. He told me to just keep focused and my chance would come.”

That chance came in Kean’s fourth game, when Hoilett was named in the starting XI to face Sunderland. A 3-0 defeat hardly vindicated the manager’s decision to put his faith in the youngster, but he persevered with the Canadian and was soon rewarded. The next game saw Hoilett terrorise Liverpool’s defence as Rovers ended Roy Hodgson’s Anfield reign with a 3-1 win and then, three days later, he netted the winner against QPR in the FA Cup third round. Hoilett has bagged three more goals since then, including a stunner against West Brom, and has started 11 successive games; it’s safe to say he is rather enjoying his football at the moment.

“It’s been up and down this season, at the beginning I found it difficult to get into the team but I’ve been doing well lately and I just hope to keep focused, keep my spot in the team and keep progressing as a player. The goal against West Brom was my highlight so far, to score such a fantastic goal was amazing; I just remember cutting inside and putting my foot through it and then seeing it in the back of the net. I’ve now even started to get a bit of fan mail since I started scoring and it’s a great feeling as a player to have their support – it gives you confidence.”

But while Hoilett has attracted plenty of personal praise, he is all too aware that Rovers are being discussed as relegation fodder. However, the 20-year-old feels that those who criticise the team’s style of play are out of line and insists he is confident that Ewood Park will not be playing host to Championship football next season

“Of course we like to get stuck in and can be physical but we are much more than that. We have been playing good football and we have a good balance of young and experienced players. The team are confident and we know that we will get the results. We’ve just been unlucky with a few matches recently but are looking forward to getting back on track. With the fans’ continued support I think we will be comfortable with survival this campaign.”

Whether Venky’s will offer up a transfer warchest this summer remains to be seen, but Hoilett admits he couldn’t help but get excited when the likes of Beckham and Ronaldinho were linked with the club in January.

“As a young player, you grow up watching these stars and you dream of maybe one day playing with them. I’m sure I could have learned from players who have experienced the highest level of the game and as a young player it would have been great to train or work with them but unfortunately it didn’t go through. But there’s plenty of support already at the club, the whole team has helped me throughout my career, I have learned a lot from the likes of Santa Cruz and Benjani, players who have been there and done it.”

Should Hoilett’s career continue on its current upward curve, it could soon be the talented Canadian who is dishing out advice to Rovers’ youngsters.