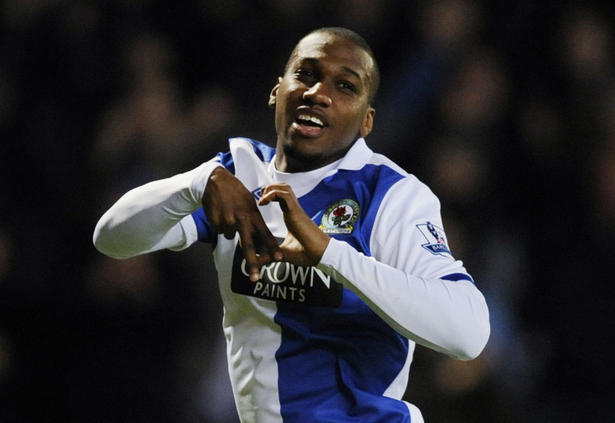 As the Blackburn Rovers departed practice on Thursday, some made a stop in the lobby of their training facility, where a man had set up shop peddling diamond-encrusted wrist watches.

The players, well-paid Premier Leaguers, browsed as the salesman recited prices. “Twenty-eight for that one . . . nine and a half for this . . . 15 for that . . .” His was no Swatch kiosk, to be sure — he was speaking in thousands of British pounds.

Junior Hoilett, Blackburn’s Brampton-born forward, stopped by for a quick look, too. He’d just conducted an interview in which he told the story of the annual bet he makes with his younger brother Jaineil, who plays professionally in Germany. The brother with fewer goals buys the higher scorer a gift at season’s end. Last year, it was Junior who bought Jaineil a watch.

Junior was asked: “Did you buy your brother one of these?”

To which he replied with a dismissive laugh: “No way. I can’t afford one of these.”

Perhaps that’s true, but it may not be for long. Junior Hoilett, at age 20, is riding a breakout season with Rovers, finding his first sustained playing time in England’s top league.

In January, in the highlight-reel moment of his young career, he became just the sixth Canadian to score a goal in the Premier League, according to soccer author and historian Colin Jose. And a beautiful goal it was, too, a blistering strike from outside the area that sealed a 2-0 win over West Brom.

“It was good to break the ice,” Junior Hoilett said Thursday. “Hopefully there’s more to come.”

He could get a chance for more on Saturday in London, where Rovers, toiling in the bottom half of the league standings, pay a visit to Fulham FC’s Craven Cottage. Though Hoilett has spent the past 2 ½ weeks out of the lineup with a slight tear in his hamstring, he is back to health and available for action.

The road to becoming a Premier League regular has been a long one, much of it trod on English soil. Hoilett, like a lot of Canadian prodigies in the world’s most popular game, left home at a young age to pursue his dreams. At 13, Hoilett came here, to Blackburn’s pastoral training grounds, a two-hour-plus rail trip from London’s hubbub.

“(Home-sickness) was the main problem I had when I was younger,” Hoilett said. “I had a lot of stuff on my mind, and it was difficult to play well, but I got over it.”

He got over it, in part, because his parents, David Sr. and Ingrid, have been frequent presences here and in Germany where Jaineil, age 18 and currently working his way up the ranks in Germany, is hoping to be playing in that country’s top division by next season.

Later this month, Jaineil is expected to play for Canada’s under-20 national team in a World Cup qualifier in Guatemala. Junior, for his part, has yet to decide which top-level national team he’ll represent.

“I’m a Canadian, of course . . . (but) it’s nice to have options,” he said, politely refusing further comment on his international plans. Reports have suggested that, by way of familial ties, Hoilett could be eligible to represent Jamaica, the United States and even perhaps England. But here’s the crux of playing top-level international soccer: Once you pick a country, there’s no changing sides.

Canada’s national team, of course, could use a player like Junior Hoilett, 5-foot-8 and lightning quick, with an attacker’s knack for high-speed play. Still, one could argue higher-quality teammates, not to mention a better chance at a World Cup berth, might be found under other flags.

“I’ve seen a lot of Canadian players, they’ve got the potential, but then along the way, because of a lack of coaching, they struggle,” David Hoilett Sr., Junior’s father, said in an interview.

“They all want to be soccer players and they start focusing on that at a young age. In Canada, it’s like we want to do five different sports at one time . . . The rest of the world is focusing on one thing and you’re trying to multi-task. They’re going to have an advantage over you.”

Hoilett Sr. — Junior’s given name is also David, but the player’s parking space at the Rovers’ training ground is marked, simply, “Junior” — was the first coach to both of his sons, who only briefly dabbled in anything but soccer. The father remembers setting up pylons in the family’s Brampton driveway not long after the kids learned to walk. Both Junior and Jaineil showed talent from the get-go. And Hoilett Sr. has been acting as their agent since they signed professionally as teenagers.

“I just don’t trust agents . . . because there’s so much corruption amongst agents and players,” said the father, who left a career as a music promoter and DJ to represent his boys. “It’s good when a player knows that somebody’s actually interested in him as a person and you’re not just a piece of meat.”

Indeed, as Blackburn departed practice on Thursday, it was easy to be reminded that the sporting world is filled with no end of salesmen and yes-men, and maybe no one’s entirely immune to the pull. Still, Junior Hoilett’s head is also more than occasionally filled with the voice of his father, who was repeating a family mantra to a reporter the other day: “It’s just the start . . . Once you feel you’ve accomplished something, you’ll be knocked off the pedestal you think you’re on.”

Said Junior: “It’s good to have (Hoilett Sr.) looking out for me, and he wants the best for my interests . . . I sacrificed, leaving family and friends at a young age to come here, to have a goal, and to succeed in my dreams. But I still have a lot to learn. You can never stop learning.”