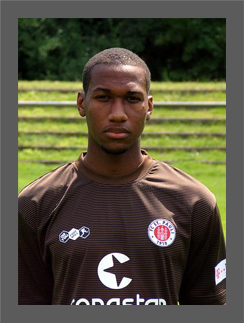 David Jr. Hoilett , a.k.a  Junior started playing soccer when he was 5 yrs.  Junior was a very active child.  As a child he played several Sports, Soccer, Basketball, Baseball.  Junior seem to excel in all sports that he participated in. His Dad David Senior started training Junior and his siblings to play soccer in their backyard.  Junior loved the Game and his technical abilities and quickness was 2 yrs above his age group, which allowed him to play 2yrs above his age group.  At the age of 10 he scored a scissors(bicycle) Kick goal that sparkled  the  spectators eyes and had  his teammates and opponents in awe. Junior also excel  academically and work hard to maintain a high standard  both athletically and academically. junior became a very popular player and was highly recruited.  Juinor was scouted at 10 years old by a number of European clubs.